Join Alice’s madcap adventures in Wonderland as she chases the White Rabbit, races the Dodo Bird, gets tied up with the Tweedles, raps with a bubble-blowing Caterpillar, and beats the Queen of Hearts at her own game! As the first school in the Redwood City School District to partner with San Carlos Children’s Theater, we are delighted once again to put on a great show for the Roy Cloud Community.

You may not know just how much goes into these performances. Volunteer parents accumulate more than 35 hours each (some more than 100 hours) helping with sets, makeup, costumes, advertising- both design and posting, ticket sales, greenroom, and stage crew. New Choreographers and Directors are chosen each year. Roy Cloud 8th graders and Alumni have the opportunity learn lighting and sound from a trained expert.

The children in the production devote over 90 hours of rehearsal time between January and March for each production. The K-3 performers sing and dance to a medley of songs that are specifically chosen to coordinate with each year’s play. The 4-8 actors work closely with the Choreographer and Director to create a fantastic show for all to enjoy. Not only does the performance raise money for the PTO, but the Roy Cloud production often donates needed items to the Redwood City School District’s Theater Program.

Thank you to all of the parents who donated time to costume design, hair, makeup, sets, props and so much more to our 2019 Production of Mary Poppins Jr. Thank you to the tech crew, many of them former Roy Cloud actors! Special thank you to Jen Clark, our Producer. Also, thank you to Director Margaret Marshall, Choreographer Daniel Giray, Vocal Director Lisa Bock, and Technical Director Jim Cole, who put in many, many hours of work with the cast and chorus from January to March to bring this classic to the stage. Bravo! 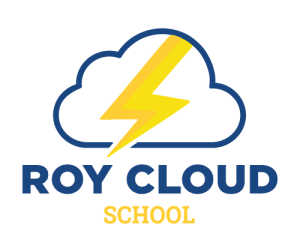